 Home   Forex Trading  Why Pundits? Listen To The Market, Not Its Pundits.

Why Pundits? Listen To The Market, Not Its Pundits.

November 03, 2015 Forex Trading
Why Pundits? Listen To The Market, Not Its Pundits.A pundit is someone who is an authority on a subject and who expresses an opinion, especially in the media. The term "pundit" is tossed around in the financial media freely, and is applied to an expert in any subject from stocks and bonds to economics and global strategy. Pundits come in all shapes and sizes and are also referred to as experts, gurus, strategists and mavens. Some are generally respected as pundits, some are self-appointed, and others have a product or service to sell. Pundits need to be at least somewhat accurate to retain their status, but investors should still approach their projections with cynicism. This article examines the most common types of pundits in the financial world and their value for investors.

Economic Pundits
Economic pundits come in multiple varieties - some write newsletters, some have a background in politics, and the garden variety typically work for large investment companies and double as strategists. Their qualifications vary, but typically they have at least some academic background in economics, which is often as extensive as a Ph.D. 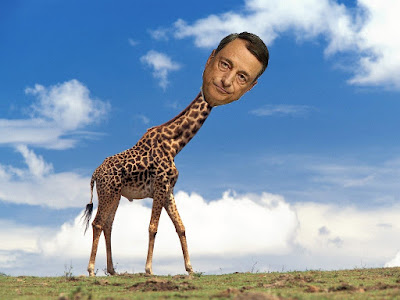 Economic pundits spend most of their time analyzing economic data and preparing long- and short-term forecasts. They use a combination of current, past and leading economic indicators to form their projections. Short-term forecasts run from as little as a month to as long as three years into the future.

The margin for error in short-term forecasting is high, especially during economic swings. Longer-term forecasting looks three, five or even 10 years into the future. Long-term forecasts are a little safer to make, as they can be adjusted over time.

Each year economists are polled for their short- and long-term predictions, and the aggregate data is used as a consensus. One of the most comprehensive surveys is the Livingston Survey, conducted by the Philadelphia Fed.

Market Pundits
Market pundits typically provide their opinions on what is currently happening in the market, though some offer future outlooks. With the volatile nature of stock and bond markets around the world, market pundits make predictions more than forecasts. They usually provide ranges for the market's future and need to have wide margins of error if they want to have at least a chance of being in range.

Stock Pundits
The Sarbanes-Oxley Act of 2002 (SOX) was a far-reaching piece of reform legislation that has heavily affected the stock-analysis field.Prior to the passing of SOX, publicly held companies, the investment banks that they retained and the stock analysts who covered them had a much more open relationship. Section 501 of SOX was, among other things, designed to create a more level playing field by restricting analysts' access to information and reinforcing the Chinese Wall between investment banking and analysts in an effort to reinstate investor confidence.

While there is ongoing debate as to whether this helped or hindered the ability of investment markets and companies to raise capital, it did change the landscape of the stock analysis field. There was a dramatic drop in sell-side analysts, who would present outlandish target prices that sometimes came to fruition. Now there is a much more orderly process in which stock pundits present their forecasts and projections. Since they have the same access to the companies' financials, their outlooks tend to be based more on the fundamental data used by the majority of buy-side analysts.

Why Pundits Are Often Wrong
There is no simple reason for the inaccuracy of pundits' forecasts and projections. One explanation is that the economy and the markets are so hard to predict. If you subscribe to the efficient market hypothesis, you can assume that all information is already built into prices. If you believe that markets are only somewhat efficient, then there may be opportunities to benefit from pundits' advice. The problem with following the theories of any pundit is that you have to buy into their tools and models if you are to believe their conclusions. Econometric and stock-valuation models vary from pundit to pundit, which explains the variation in outlooks. Then there are those who just might be guessing, who have an agenda, or who have a product to sell.

Who Can You Believe?
When considering economic forecasts, one way to see through the fog is to focus on long-term consensus outlooks. You have a better chance of predicting the future accurately if you plan for it to fall within a range of outcomes rather than relying on a single economist's opinion. The Livingston Survey, the oldest continuous survey of economists' expectations, is a good source for consensus data.

When it comes to market pundits, because of the way the industry is structured, it's difficult to find a pundit who is not biased. For example, an expert who manages or sells equities or equity funds will typically have a more positive outlook, while managers of bear market funds, short funds and even bond funds may tend to be a little more negative on the market.

Finding a credible stock pundit is even more difficult, even after the effects of SOX. Some sources that have a reputation for being independent include Standard and Poor's and Value Line. While no single source is perfect, these firms are a good place to start when comparing stock pundits' opinions and ratings.

Conclusion
Financial pundits have been around for a long time and will most likely continue to dominate the financial news for the foreseeable future. Some have a successful history of calling market or economic swings, and others might just be guessing. Either way, pundits sometimes provide valuable information and, on occasion, some entertainment. To get the best information available, it's wise to take in outlooks from surveys or multiple sources and draw your own conclusions based on the outlooks with the soundest principles.